The real secret to financial success is saving money - look at your grandparents, generally that generation did OK and their secret was that they put aside money for the future before they spent money on themselves now. What that means is they didn't buy all the big boy toys and the latte's - they found the outdoors and home made items were just as satisfying.

Now that you know that saving is the first priority - you are well on your way. Saving is a choice and sacrifice that has long term rewards.

Now that I am Saving what do I do?

You start with a solid foundation that is conservative and always there just in case and then place your risky savings on top of that.

To me - the most solid foundation is a great Permanent Life insurance plan. Don't mess around with Variable Life Insurance it is just to risky. I mean a solid Whole Life or overfunded Universal Life Plan.

Here is something to ponder - Who determines the lowest price you pay for a life insurance plan and who determines the most you can pay for a life insurance? Lowest is determined by the insurance company and is set at the lowest premium where the company can still pay a claim and make money. The Highest is determined by the IRS - the fact that the IRS even cares should perk your interest. The IRS knows how great a vehicle Permanent Life insurance is to set aside money that they don't want you to put too much in there because they want to collect more taxes. Cash build up in a life insurance policy grows on the tax deferred basis and comes out free of income tax under the right circumstances.

So you buy the Life insurance that you need to keep your dreams alive if the unfortunate happens and make enough of it Permanent (Whole Life or Universal Life - NOT TERM) so that you have that solid financial base which holds up everything else.

Then you participate in the company 401(k) or other tax deferred savings program until they stop matching the funds you put in.

Then you start ratting away money here and there as you have the extra funds and you will find retirement won't be so bad. An efficient way to systematically put money away is to set yourself up with a mutual fund that does not charge front end fees and have them draft the money from your account regularly. Those monthly deductions have to be recorded so the money is gone from the monthly expenditures tugging for attention. The fact that money is being moved systematically to an account the is more distant and harder to get to is the absolute most successful way to save money and keep it saved.

The "Experts" say that in order to have a sucessful protfolio in retirement you should have 75% of you money invested in the stock market. NOTE - you don't have to keep it exposed to losses from downturns in the market when you retire - there are safe places to participate in the market and not be subject to loss.

If an advisor says that but does not talk about your goals, needs, wants and teach you some rules you might just end up lining that advisors pockets with fees and doing no better than before.

I am sure you have played TIC TAC TOE - Who won the game when you first learned of the game?

Of course, it was the person who taught you the game, because they knew the rules and could take advantage of the fact you did not know them at first. Well, financial institutions, work the same way - they know the rules and hope you don't catch one so quick so they can pay you less or charge you more fees. You have to learn to be a smart saver.

So now you know - have a plan - follow the plan and know the rules when it comes to saving and you will have success.

He is a Registered Representative/Securities Licensed with whom I have partnered.  He has agreed to offer his services free of charge to my clients. 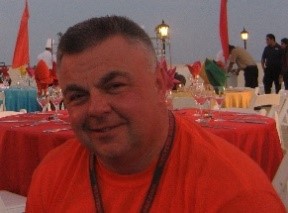 His services should not be passed up - he may be able to move your money to a better position that you are in now.  If you are in great shape he will let you know.

“In these uncertain times, it is our job as financial advisors to make sure that as many people as possible understand that there are a number of financial products that are more suited to their needs and goals than ever before. Whether you have a 401(k) at a previous employer, a current IRA or non-qualified money sitting in a CD you may be leaving money on the table as well as paying unnecessary taxes.”  - Brandon Ashley

Money Matters – There are Three Kinds of Money – Leave Behind / Live On / I’m not sure.

If your money isn’t working hard enough give Brandon a call and he’ll see if he can’t crack the whip and get it going a little better. 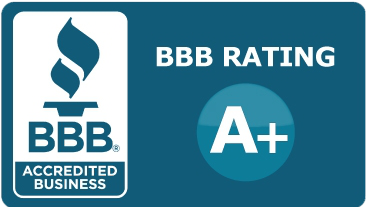